Skip to content
Points to Ponder: October 5, 2018
I was thinking how happiness has become costlier with time. It takes so much to feel the emotion that we call happiness today. In this context, I will share with you three incidents. I met a youngster who told me that he has to steal money from his own house, lie to his parents, sneak out in the darkness of the night and go to a party to feel “Happiness” for a short while. Another woman said that she waits for Tuesday for the whole week, in fact she endures the torture that is called life for the whole week just to arrive at Tuesday as Tuesday is the day her husband’s business is closed and then she waits for the evening of Tuesday since Tuesday morning. She waits and waits until he offers to take her out for dinner because that is the only time that makes her “Happy”. An elderly man told me that there is no hope in life and that life is just being passed as if he is waiting for death and only when his son calls from the USA, probably once in a month that he experiences that feeling called “Happiness”. 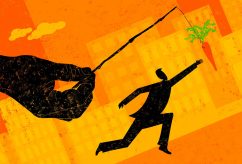 All this really made me think,” When did happiness become so costly”? It was very accessible a few years ago. It was just there. With us. All the time. We had enough of it. We never used to beg, never used to wait. In fact we had so much that we could actually share it with others. We never prized it. We were never afraid someone would steal it. We knew we had it abundantly. And then, suddenly, don’t know when, it became so rare, so short on availability that all human efforts are today just to feel that fleeting emotion called happiness, often as a result of pursuits that are making life very very unsustainable. We are exploring everything that we have, our body, our mind, our sense perception, money, relationships, time, squeezing them to the last bit, just to extract the last drop of the elixir called happiness. We are living in fear and doing everything to ensure that resources multiply because lack of resources means lack of happiness. But still nothing is ever enough.The pursuit of happiness continues.
But is it such a big deal really? Is my pursuit really headed in the right direction? Or is it that I am just running after a mirage and cannot see that my efforts are wrongly directed? Or rather that my whole understanding of happiness as an emotion experienced through sense indulgence is actually flawed? Tomorrow we will learn more about this.
In Spiritual Service
Brahma Kumaris
www.bkshilpa.com
www.youtube.com/BKShilpa
https://twitter.com/BKShilpaa
https://www.facebook.com/BKShilpaa

Ep23. Happiness is not a fleeting emotion

Ep 22. Its not people but our expectations of them that betray us

Ep18. My consciousness colours my perception

Ep14. What’s the purpose of meditation?

Ep11. Detachment is not dissociation

Ep10. Ego, attachment, greed and lust are all forms of attachment

Ep9. When you are attached to something, u give it the power to upset you.

Ep8. Attachment to the ever changing is the reason behind inner instability

Ep7. I have the power to create, choose

Ep6. I am the inner world & the outer world is mine

Ep3. Peace is the original design of the being

Ep2. Become the person you would like to spend your life with

Ep1. The one you feed wins